Over 200 community members, along with dozens of people from neighbouring communities, held a Building the Resistance street action Saturday June 8. The event featured the loudest parade ever, a rally at MPP Fedeli's office, and a street social with activities for everyone. 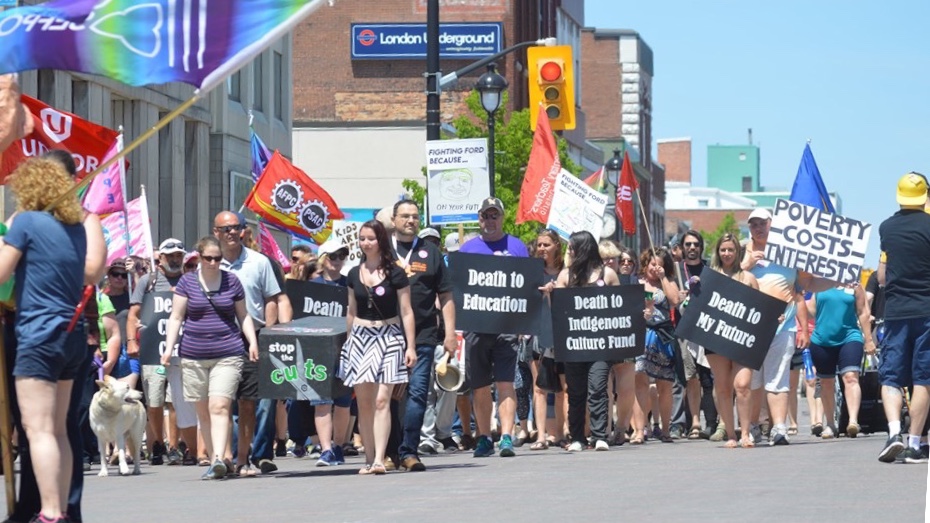 The most amazing thing about the Resistance street action had to have been the diverse crowd. Organizers had hoped to appeal to a wide audience when getting the word out. It's something quite special when entire families show up with pots and pans and other noise making things, and that's exactly what happened, we made BIG noise. Supported by 15 bucket drums, popular AEFO green bells, and classic Unifor train whistles, hundreds slowly marched from the North Bay Museum to MPP Fedeli's office. The march was lead by a 'Death by 1000 cuts' coffin, with pallbearers and accompanying signs. Safety marshals, who were busy getting things ready at the far end of the street closure, noted that the sound of the parade was amazing. Once we arrived to MPP Fedeli's office we were treated to another round of rally cheers and several powerful and inspiring speeches. People were treated to some lunch food, purchased from downtown restaurants. The Resistance is here, hundreds of people are ready to defend our publicly funded institutions, services, and programs. But it's more this. We're also ready to defend equity and social justice. Big thanks to participating affiliates, local members who have given so much time and creative energy, and (big time) to concerned citizens who are joining the organizing action! The Power of Many Resistance is everyone, and is as strong as the organizing strength and power of the people involved. 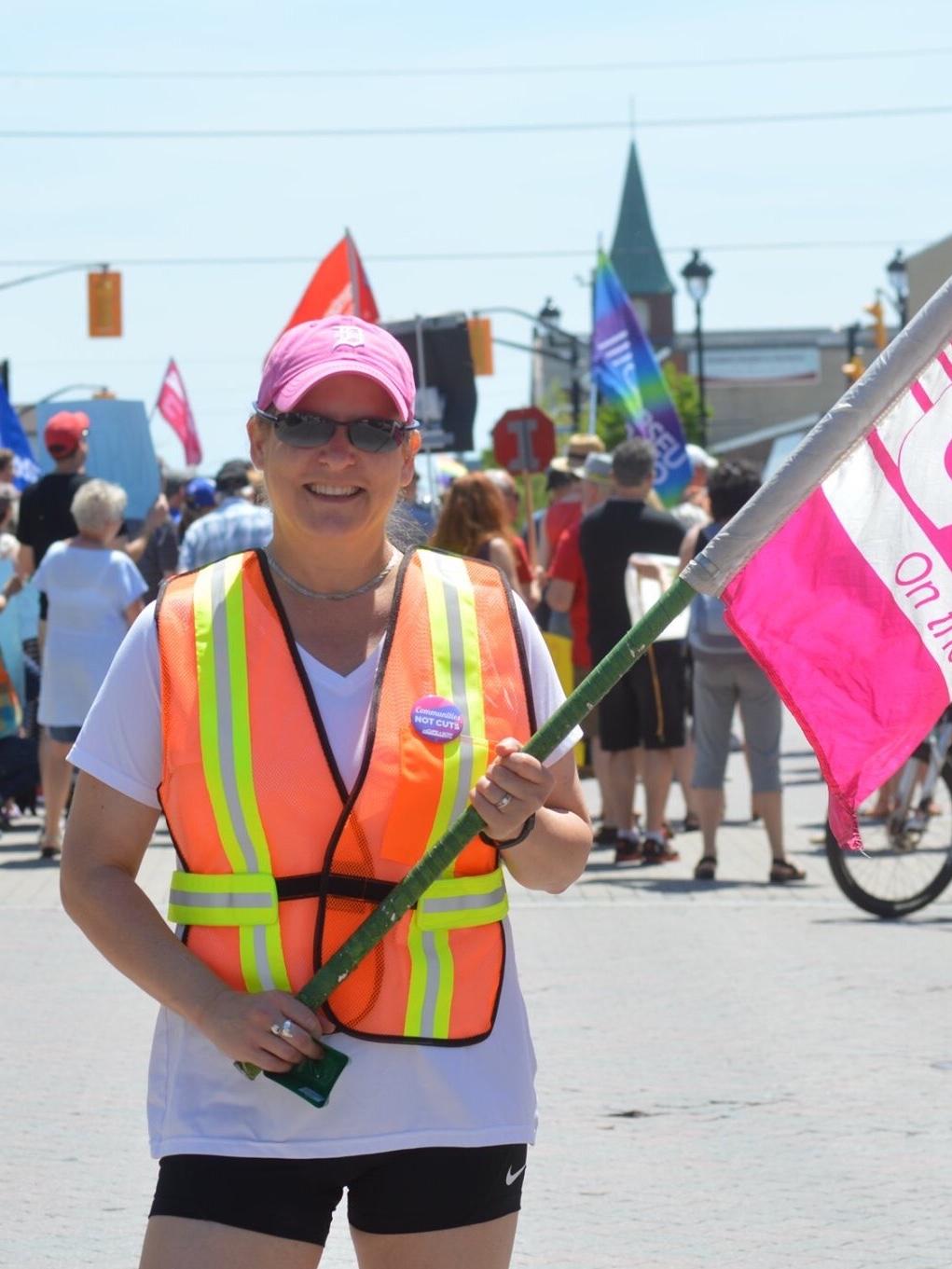