Organizers of the annual Northern Ontario CUPE Conference are excited to host a night of comedy featuring Dave Dale. That's right, Dale Dale, the career news and sports media personality. Dave retired a few years ago and now writes and performs comedy, among other creative adventures. 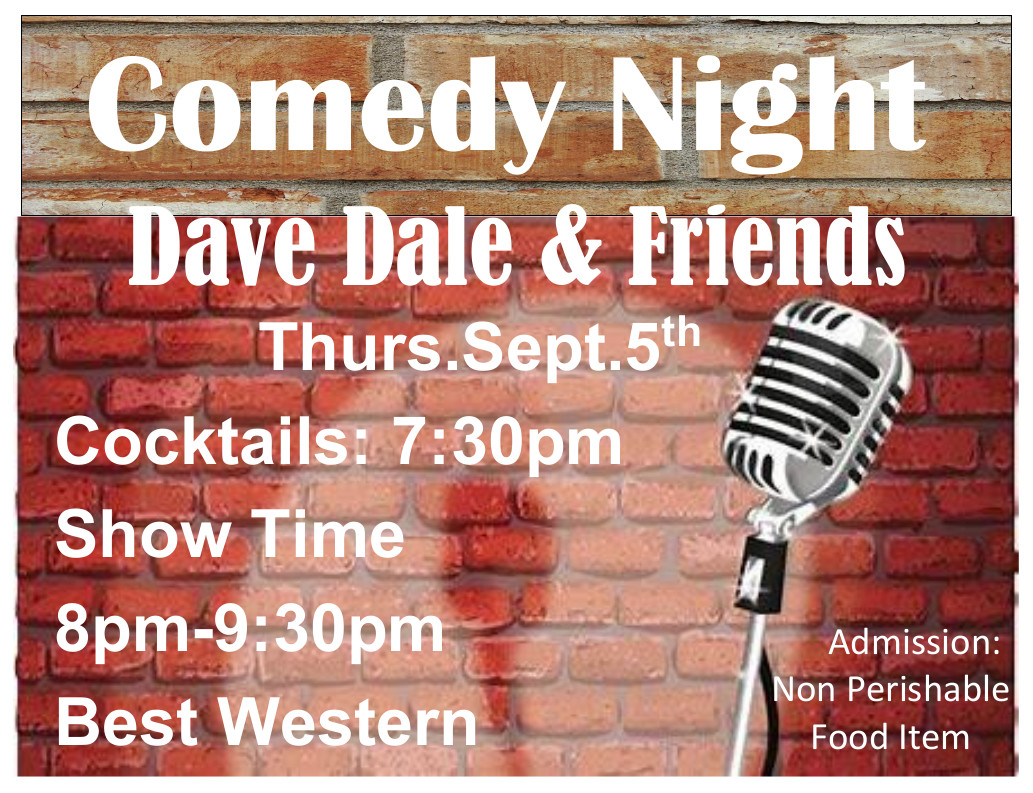 The Northern Ontario CUPE Conference comedy night is Thursday September 5. Organizer Amanda Giroux-Farrow is happy to be show-casing local talent and invites everyone to come out to the Bestwestern on Lakeshore Drive to have a few laughs. Although the comedy evening is on the agenda of the CUPE conference, anyone can join the CUPE crowd to watch the show. If you have a second check out Dave's web platform called Small Town Times or read a Baytoday article about why Dave started doing comedy in the first place. Cocktails start at 7:30 and the Dave Dale & Friends begins at 8 and goes to 9:30. Photo credit goes to Dave and his website.