“Every year we have a nice dinner and invite members of local unions, along with other union and community leaders."

"We do this to honour the people and the work they do that goes into making our workplaces safer and communities stronger,” said Henri Giroux, Labour Council President.

The North Bay and District Labour Council hosted its Annual Awards Dinner Monday evening at the Best Western. Roger Falconer, director for the Workers’ Health and Safety Centre, was the guest speaker. Roger shared labour stories and spoke to the historical importance health and safety activism.

This year, Jeanie Bourdon, UNIFOR 103, won the Workers Health and Safety Centre Award, for her dedication to the safety needs of her co-workers. Brent Giroux, CUPE 146, was the recipient of the OFL Prevention Link Award, award to a deserving health and safety activist.

In addition, Jared Hunt, OSSTF D4, was the recipient of the Community Activist Award at the awards dinner. He was recognized for building community and labour relationships. 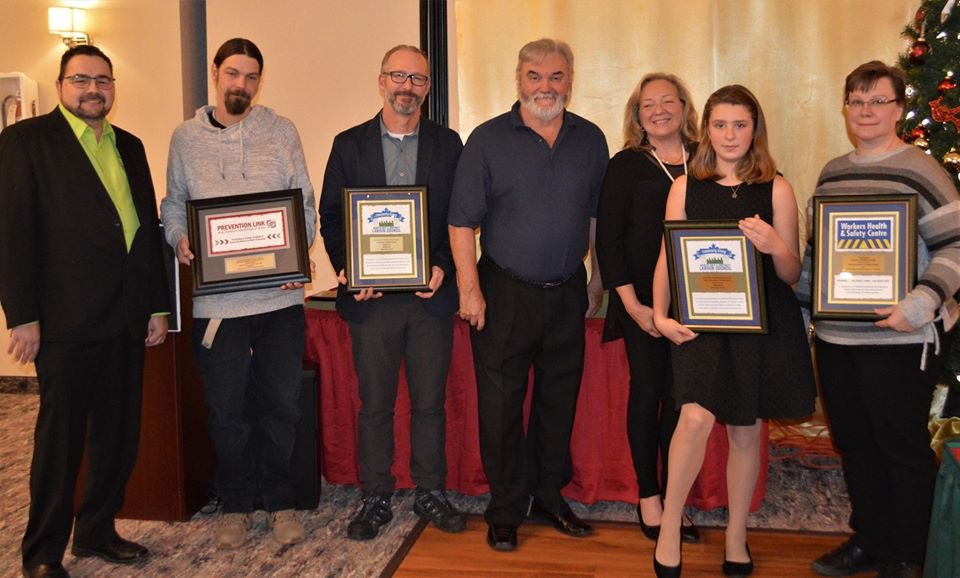