According to Chénier, "we need to talk about the fact that injured and ill Ontarians will once again be sidelined, this time by an event that should have brought joy; the WSIB plan no longer has unfunded liabilities and has a $6B reserve.

"Instead of injecting Billions of dollars to make improvements to workers whose lives have been devastated by workplace incidents, it will go back to corporations.

"Once again, Mr. Ford's Conservative Government has forgotten what their BASIC role is - to provide services to Ontarians. Ontarians who need to know that they'll be supported by effective government programs when they need them.

Henri and Chénier delivered a signed letter from the Ontario Network of Injured Workers Group to MPP Fedeli to conclude the protest rally.

"WSIB benefits are not fair compensation; injured and ill workers living on WSIB benefits have a risk of poverty that is 4 times greater than the Ontario poverty rate - and that risk gets higher as time moves on. 1 in 5 workers lives in extreme poverty (less than $10 000/year) while a bit more than 40% make less than $15000/year," said Chénier.

Rather than use the surplus improve the lives of injured workers, Doug Ford rewards his corporate friends.

As a result, "injured or ill workers must instead turn to publicly funded social programs for help. Tax dollars, instead of the employer-paid fund that was established for this very purpose."

Doug Ford is not looking out for you; he's in it for the business. For more information please visit the Ontario Network of Injured Workers Group. 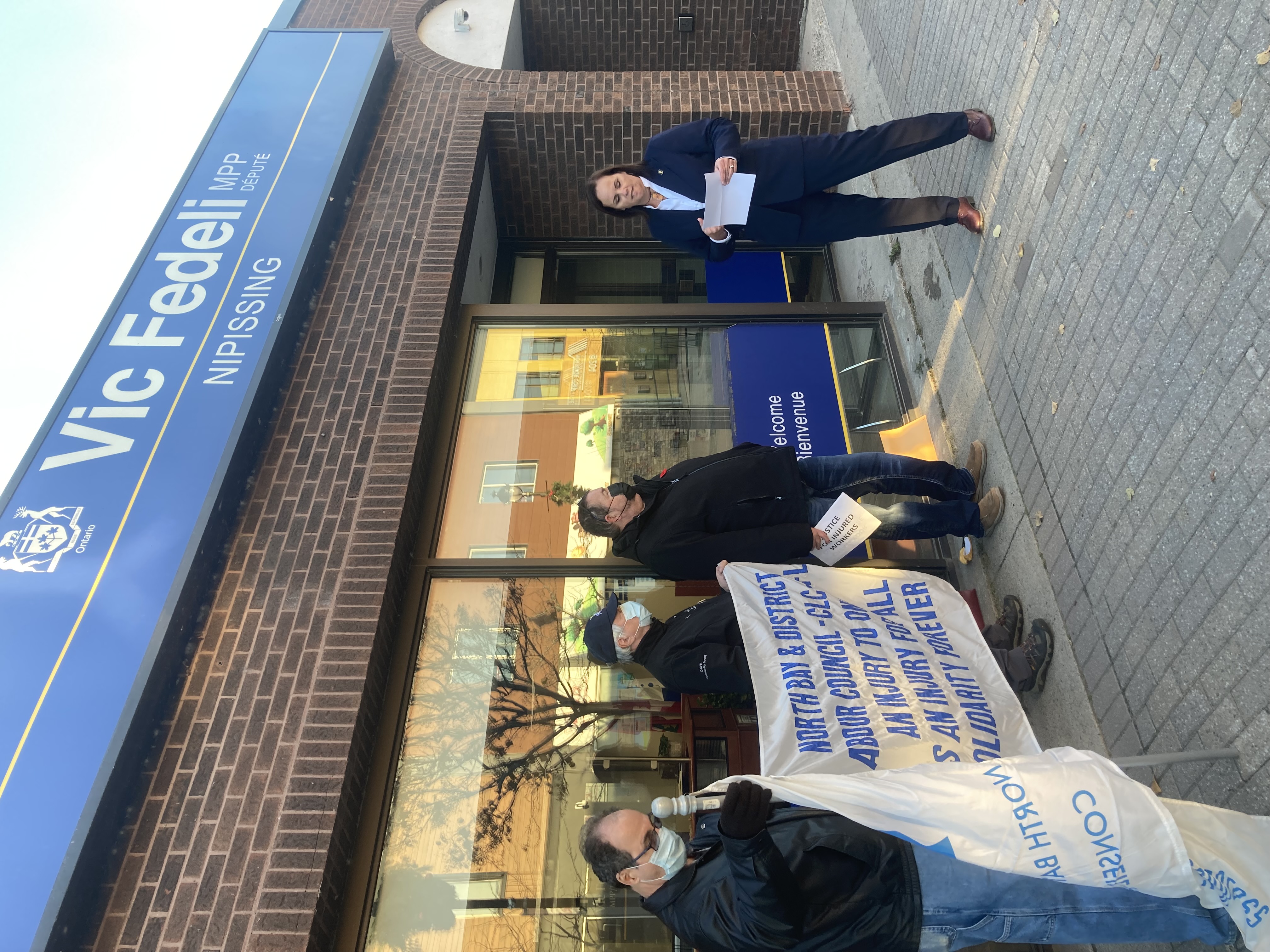